Children who take repeated antibiotics are more likely to become obese by the age of 5, according to a new study, published on September 29 2014 in JAMA Pediatrics. 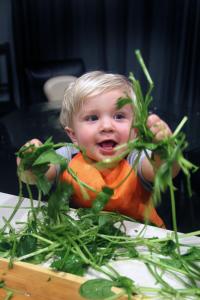 The first 24 months represent a period of major shift in growth and eating habits, as well as the establishment of the gut microbiome. At this age, antibiotics are often prescribed for ear infections, bronchitis and other common ailments.

“Many scientists are now concerned that exposure to antibiotics – from medication, food or even tap water – has the potential to kill off some of the beneficial bacteria that may protect people from chronic disease” said Dr. Bailey, MD, PhD, from the Department of Pediatrics, Children’s Hospital of Philadelphia. Beneficial bacteria helps to breakdown and absorb certain nutrients into our body. If this ecosystem of microbiome is negatively impacted, it would affect our health poorly.

“While antibiotics can be lifesaving, doctors sometimes use them too freely. For example, 40% of women receive antibiotics during labor. Doctors often consider only the benefits of antibiotics, but not their risks, said Martin Blaser, MD, chairman of the Department of Medicine at the New York university.

The study suggests that whenever possible, narrow-spectrum antibiotic should be prescribed over broad-spectrum. Early use of antibiotics is not the only issue. Changes in modern life — from processed food and preservatives to increasing rate of C-sections — are also altering these microbiome.

If the child ends up using antibiotics, probiotics for infant and children can be used to replenish these microbiome.