A Decrease in Muscle Strength in Aging Men, leads to an Increase Risk of Slips and Fall Incidents.

Dr. Ayse Zengin, PhD, Medical Research Council, Human Nutrition Research, Cambridge completed a study in the UK, looking at the relationship between muscle strength as men age and their risk of fracture and fall. 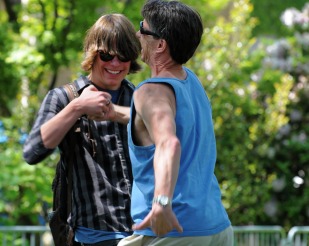 Here are some highlights of the study:

In another study conducted, in Australia

These studies suggest that physical training involving strength and power in the lower limbs, may help to improve bone strength and decrease the risk of falling. Training should always involve some types of balancing as well.