A new study shows that adolescents and young adults considered to be at high risk for developing psychosis, show significant reductions in their progression to psychotic disorder 7 years after a 12-week treatment of omega-3 PolyUnsaturated Fatty Acids (PUFAs). This study was led by G. Paul Amminger, MD, of the University of Melbourne, Australia and was published online August 11 in Nature Communications.

This is the first study to show that omega-3 prevented transition to full-threshold psychotic disorder and led to sustained symptomatic and functional improvements in young people with an at-risk mental state for 7 years. 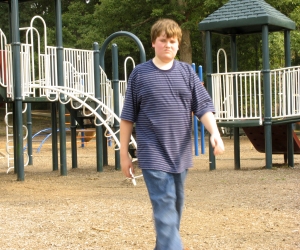 About the research: For this double-blind study of 81 patients, the average age was 16.5. The daily supplementation consists of either 700 mg of EPA and 480 mg of DHA (treatment group) or placebo capsules. Relatively similar results were obtained over various time periods from additional analyses of continuing studies.

Interest in the role of omega-3 in preventing psychosis has been driven by its known role in reducing systemic inflammation, which has been linked to mental illness. Furthermore, deficiencies in omega-3 PUFAs have been observed in schizophrenia.

Since there is still no “gold standard” of care for patients with attenuated symptoms of psychosis, Omega-3 is a fantastic option without the side effects and without stigmatizing patients who are taking prescribed antipsychotics medication.

If we want to start helping people holistically, we must recognize that nutrition, including supplementation, is a vital factor in maintaining mental health, including depression and autism. The benefit is beyond relieving the symptoms. It will change the focus of research and change not only the way we treat patients, but also the way we think about health and disease.  Nat Commun. Published online August 11, 2015. Full text